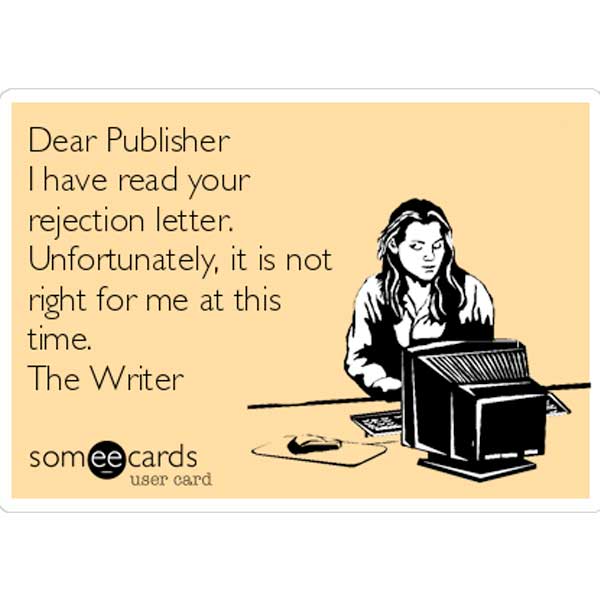 So You Want to Get Published?

As I’ve worked on my latest book, and the First Inkling staff has slaved over the slush pile pursuing the next Amy Hempel, some Associate Editors and writers have asked me recently about the “industry” to which they aspire: Well, here it is:

Publishing is not dead, but neither is Kirk Douglas. It’s hard to believe either of those facts.

The old model of publishing is dead. In that model, a careful and beloved editor “discovered” a new writer, held his hand and nurtured him, and slowly helped build his career over years. Small presses, too, might not be totally dead, but they’re twitching and gasping, for sure.

As we’ve discovered by combing through our own slush pile, talent per se is not dead, but it’s living in its parents’ basement at age 47, and works part time at the Home Depot. Time was that talent would out, no matter the odds, but no longer. Many fine writers with many fine ideas go unpublished in a traditional sense because it’s all about “platform” now. For my last book proposal, two publishers actually put in writing that they loved the idea, and loved the writing, but couldn’t “sell it upstairs” unless we could promise 40–50K sales “out the door.” The good news here is that whatever you’re doing on your own while you’re writing – blogging, Facebooking, sitting on panels, etc. – all helps to build that elusive and paramount “platform.”

Writers are not dead, but their cats are. This is because writers can no longer afford to pay for cat food, because advances are deader than dead. An open secret from the pre-Crash publishing industry: Acquisitions editors used to have a “number” they could offer new talent without approval from the business office or senior editors. That number was about $25K in the ’90s. It later went up to $50K in the ’00s. Now that number hovers around zero, except in the case of super-high and sexy platform, say, Dick Cheney coming out of the closest.

So, front-end money has dried up. If, like my friend J.E. Bright, you don’t work on advances but work for hire, you’re probably also looking at real estate in Queens right now, because you and your dead or dying cat have to leave Manhattan. Bright’s the author of about 43 successful children’s books, mostly novelizations. Those had been worth about $5K–7K a piece, but now he and his kitty are lucky to get $3K. Ten of those a year:  You do the math!

For my first book in 2002, I got an advance of $1,200. For my second book in 2006, I shared a record-breaking advance of $205K. For my third book, in 2009, I got an advance a 10th that size, about $25K–and they opened champagne at my agent’s office because we got an advance at all. For my fourth book, I got a 10th of that, or $2,500 (still double my first book!). For my latest book, I’m getting nothing but something the new model publishers call “Revenue share”–double the royalties (on nothing, so far). This means virtually the entire burden is on the writer, and he must do almost all writing on spec.

So royalties are somewhat alive, but don’t get your cat too excited. Back-end money is slow in coming, and often paltry. This is because the long-tail book is dead. If your book doesn’t perform very well in the first few weeks, it’s getting returned pronto. Most books are dead on arrival, with no chance of resuscitation. Some therefore argue that the book store as a model is dead. We’ll see about that. As a result of this high- and fast-performance demand, it’s become even more difficult to publish subsequent books, because they’re based on the “model” of your previous books’ sales. So … your sophomore effort … that’s stillborn. This is why I drive a Scion XD and not the Cadillac CTS to which I aspire.

What can you do to boost sales besides leverage your platform? Certainly, marketing and PR are not dead – a fact we’re learning at First Inkling – but you’re going to have to pay for them with the money you’re saving on cat food. Whatever you can spend, you must spend! I did a $350,000 six-week rock-star tour bus book tour a few years ago. The publisher did not even take the writers out to lunch–the entire marketing and PR budget came from money we raised ourselves and “reinvested” in marketing. Did we make that money back? No. On my last book, the publisher committed to $50K in PR, but that of course came out of the writers’ end, not the publishers’.

I don’t mean to be discouraging. A lot is still alive. I believe in this industry, and I’ll stay in it, and I will break through, eventually. So will you if you just keep it up. It’s a numbers game, for sure.