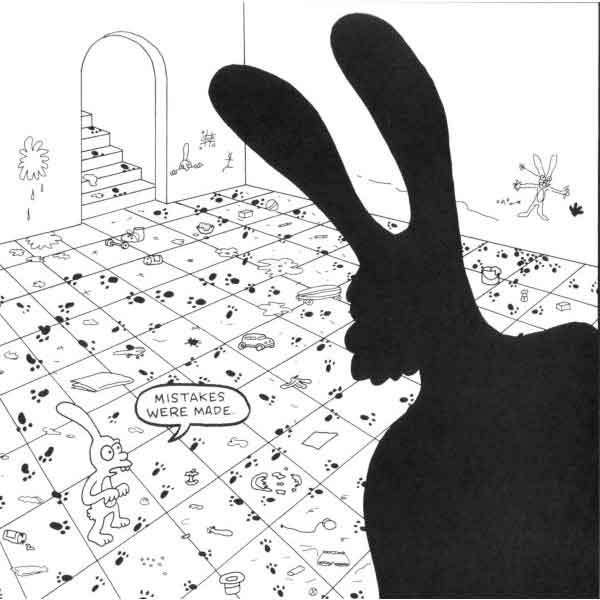 It’s 1988; I’m 19, living abroad, and I’ve just somehow landed my dream job interning for a Very Powerful Poet and Publisher. The fact the VPPP, whose stature I cannot overstate, even knows my name makes no sense, yet all of this is unfolding. My first day. First morning. And, at length, my first assignment for the venerable, estimable House. I arrived a few minutes before 7, as arranged the previous day in the antiquated elevator, in front of the superannuated elevator “boy.”

Now emerging from the cramped conference room whose walls comprise stacks of the astounding array of volumes my new boss has either written, edited, translated, or published, I see the VPPP, followed by a familiar, Internationally Influential Author, and an entourage consisting of a Way Weighty Agent and some Earnest and Eager Editorial Assistants. Haggard and bleary, but looking relieved and a little self-congratulatory, it’s clear they’ve all spent the last few hours suffering some tedious yet imperative undertaking probably involving caesural interpunction or the deployment of whimperative decrees in the front pieces.

God, these guys get started early, I’m thinking, then it becomes clear to me through eavesdropping on their goodbye gauntlet that they’ve been sequestered all night in that room. VPPP welcomes me briefly with genuine affection, introduces me to IIA, who I overhear has to catch a flight back to his home country’s capital on the double—reason they’ve all burned the midnight ink. The IIA smiles warmly, takes my hand in both of his – hands that on an alien shore composed poems I’d tacked to my dorm room door – and tells me that V-triple-P has spoken highly of my poetry. Did that just happen? I could hangar the local flying insecta, so vacuous a shape my face takes in response to the irreality.

Now over Veep’s shoulder I notice a massive, ancient, beat-up conference board covered in various single sheets and stacks of A4 paper—about a hundred sets, punctuated by some biscuit crumbs and a ring or two, the residue of tea and coffee, I presume. “Your first commission’s a cinch,” my new mentor says. “We’re late to our printer abroad, and I need you to order all those folios. Just start at page one and go until the last page.”

Conversations in an anteroom, hasty adieus in the poky lobby. I hear only scraps – “Thank God we’ve done it” – so intent am I on getting all these sheets sequenced. There’s no logic to their orientation on the table. At the top left corner, page number 98; beside it, 70, and next to that, 3. I begin to stack them in numerical order. “Finished yet?”

Wow. It’s been less than a minute. I know he’s got confidence in me or he’d not have chosen me from among the applicant/supplicant hordes, especially all the qualified locals, vying to float in his orbit. But I’m not The Flash. “Uh—no, sorry, still organizing. There have to be two hundred pages here!”

At this point, any sane and developmentally abled intern should have reckoned his boss’s inscrutable expression as presentiment of the hellstorm he, the intern, was poised to unleash on these poor, powerful poets and publishers. Instead, I redoubled my efforts at getting all the pages arranged post haste. So 88 goes here, between 87 and 89, and so on. Two minutes later, with a glance to his black Breitling, and a definite “chop-chop” gesticulation, Veep strides back into the conference room and tells me the IIA and his superagent really must be on their way; they must dispatch a photostat of the ordered bundle with them to the airport, for the author’s native country’s publisher, sister to the Veep’s venerated house. A taxi awaits said parcel downstairs. “I’m two seconds from finishing the re-order,” says I.

And even as I say it, halfway through that utterance – it’s 6:59 a.m. now – my stomach shakes like a shepherd wet on emergence from septic sludge. “RE-order? My God, man, what have you done?!”

“I’m—didn’t you ask me to put all the pages in order?”

His hands move so slowly to the top of his balding head that I want to plunge a nearby pair of scissors into my carotid. “Isabel, cancel that flight!” he tells the elderly secretary without turning from the catastrophic consequences of trusting a teenage American to make a neat stack of a hundred sheets of paper. Then, “Ian,” he says, through his teeth, yellowed to match all his countrymen, “I’m going to invite you to take the rest of the day off [it’s 7:01] and why don’t we re-launch our arrangement first thing tomorrow. You can take the cab. This should be enough to get you home.”

Right. “Order” those folios meant simply stack them in the order they were laid out on the table, the chore over which the international assemblage had all just slaved since after dinner the night before, rejiggering the sequence of poems according to some logic now lost to time and American idiocy. Who could’ve predicted that anything barring an indoor typhoon would undo their hard-won realization? Some little pisher from upstate New York? The five-person team whose aggregated education had cost millions, whose combined time was worth many thousands at least, had gathered from three different countries to decide – during an all-nighter on a goddamn deadline – the organization of poems for the final printing of the Super Significant Book. Fifteen hours – 75 person-hours – of intense debate and wrangling, pontificating, voting, compromising—all rendered rubbish by an overzealous exchange student on his first day, in two minutes flat.

Not having ever enjoyed the variety of American childhood that involves recreational surfing, I confess that until that interminable bus ride home – I declined the taxi fare, of course – I had no idea what “crestfallen” meant. Now I did. Viscerally. So that night I composed a series of neatly word-processed letters of abject regret and contrition – one to the VPPP, one to the IAA, one to the WA, and even one to the foreign publisher of the SSB. “Please do not allow the inexcusably preposterous malfeasance of an intern of questionable intellect, a chump, a chimp, a dupe, a rube, a dunderhead, to cloud the heretofore sterling reputation of VPPP’s publishing concern.” And like that. These missives I delivered to my boss at 6:45 a.m. the next morning, with no little paralyzing shame, along with my resignation, five lines long and quoting Dr. Arbuthnot and Dr. Williams, along with a houseplant of an ivy ilk acquired and gifted for karmic utility.

And here’s what the Very Powerful Poet and Publisher, the Great Good Man, said to me, with a wry mien, after asking me to sit (amid the ubiquitous stacks of books to whom he was father, nursemaid, marshal) and offering me a cup of hot chocolate: “Ian, I appreciate your sentiment and value your character. And I admit I was rather cross yesterday and my temper got the better—”

“You think THAT was temper?”

“You see, my children – one of them is ill – hadn’t seen their father in twenty-four hours, and our little misadventure added another, let’s say, to be kind, ten, to that privation. And we mustn’t disregard the cost of two canceled flights, meaning human cost, the expenditure of human capital and precious energy and so on. But around here, you will come to know, we work as a unit, one lineup, as it were. Our ethos won’t allow for one individual to fall on any proverbial sword. That’s tantamount to martyrdom, and in this country, since the slaying of the dragons, we none of us brook martyrdom. We stand – or fall – together. Do you understand? Now, I have a job for you this morning. Listen very carefully—please.”

Now, why, you might ask, would I share such a self-effacing tale with potential new clients I’m trying to impress? To impress upon them that this was the day I did learn to listen—and I haven’t stopped since. Of course it’s not just about following simple instructions to a T anymore—it’s about hearing my Authors, my agents, my editors, my PR people, my colleagues, my competition, industry forecasters, thought leaders. At every meeting at every publishing house; every midnight conversation with an Author; every pitch session with agents, my ears are open as much as my mouth. So that, even though I’m confident that my extensive experience will help clients achieve their dreams, I’m always on the lookout for more and more knowledge to catapult them as far as they can go. But there’s another reason I recollect this anecdote: It reminds me of the imperative adage, Keep it Simple. Yes, Authors’ areas of expertise can be byzantine, and there are lots of writing craft rules and conventions we can follow or eschew to communicate to a mass audience what they know. But, ultimately, it’s pretty simple: How do we serve and reward the reader? Everything else means we’re misinterpreting our mission.